Hopefully the first in a series of posts, I plan on "reviewing", in a loose sense, fansubs released by different groups of the same episode. This hopefully helps those people on slow connections that can't afford (or are too lazy to) download several releases and make their own decision. Note that my Japanese is pretty much non-existent (I took a year of it many years ago in college), so I can't really comment on translation accuracy, but I can comment on things like fonts, attention to detail, how well the English flows, and image quality.

First up is Zoku Sayonara Zetsubou Sensei. Two groups are subbing it at the moment, a.f.k. and SpoonSubs. For the images below, SpoonSubs is on the top, and a.f.k. is on the bottom. a.f.k uses a much more readable font, but it does take up more space. a.f.k. also tends to translate most (if not all) of the text in the background of the scenes, whereas SpoonSubs doesn't. a.f.k.'s raw or encoding is slightly better, but most people probably wouldn't be able to tell. 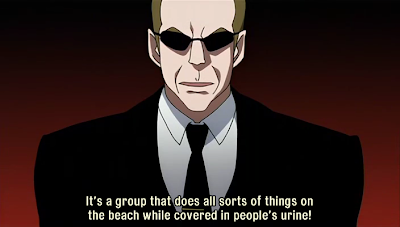 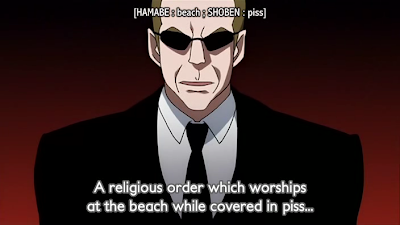 Note that a.f.k (on the bottom) explains how HAMASHO is derived, otherwise they both get the meaning across. 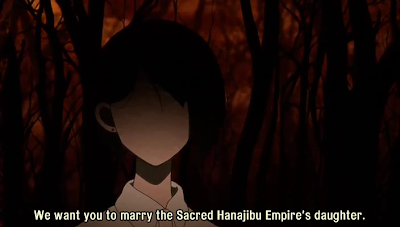 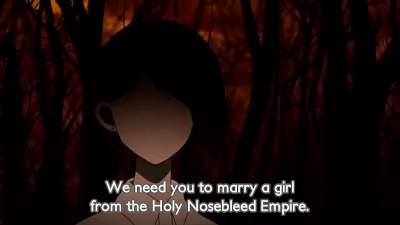 Based on the image of the girl in the seconds that follow, I think nosebleed makes more sense (there is no joke otherwise). 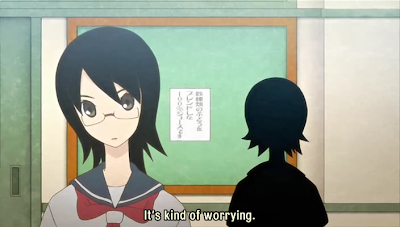 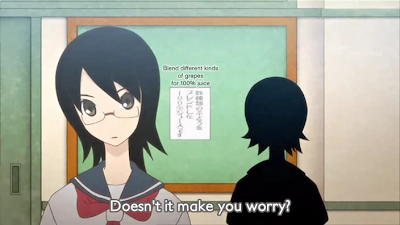 a.f.k. translated the note on the board. 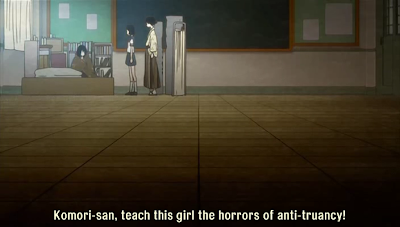 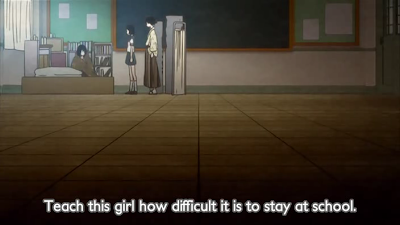 I'm not sure which is "more" correct; it looks like SpoonSubs is more literal, but a.f.k. sounds better in English. Again, note that I don't have any Japanese skill!
Posted by clicq at 8:03 PM

Well, he’s showing his thumb, but I’m giving him a finger.